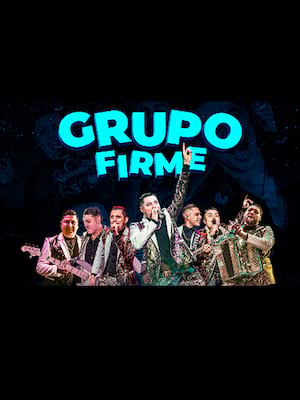 The celebrated Mexican outfit hits US shores in summer 2021

Hailing from Tijuana, Baja California, Grupo Firme was founded by vocalist Eduin Cazares and his instrumentalist friends in 2014. Displaying fierce independence from the outset, the outfit's boom and sudden meteoric rise may have seemed sudden, but considering their hard work, dedication, savviness on social media and pioneering spirit, it's little wonder they're currently one of Mexico's most celebrated musical exports.

Lead by the enigmatic Cazares, the regional band's latest music is taking the digital market by storm with their latest single Se Te Acabo la Suerte, which became the number one trending Youtube video in Mexico and amassed over a million views overnight. Known for their flamboyant suits, upbeat shows and eclectic musical style, Grupo Firme is a band whose star is firmly on the rise.

Sound good to you? Share this page on social media and let your friends know about Grupo Firme at La Hacienda Event Center.